We only provide white fillings. These are also called composite resins.

We use NO AMALGAM (silver fillings). There are a number of reasons for this:

1) Amalgam is a composite of silver and mercury that combines to form a new material called amalgam. As both silver and mercury are toxic, there are concerns about amalgam even though once combined there is no free mercury or silver present. However based on these concerns WHO (World Health Organization) has suggested that amalgam not be used on children, pregnant or nursing women.

2) Amalgam when placed leaves a 30 micron gap between itself and the tooth. This gap in meant to be filled by corrosion products. In other words we want the amalgam to rust and the rust particles to fill the gap.  This gap is why eventually bacteria get in and cause new cavities and the amalgam fails.

3) Because the amalgam does not bond to the tooth, we have to provide mechanical retention (undercuts and grooves) to hold the restoration in the tooth.

4) White fillings are now approaching the strength of silver fillings.

6) White fillings can be matched in colour to your teeth and so are more cosmetically pleasing. 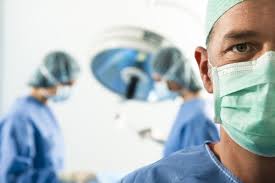